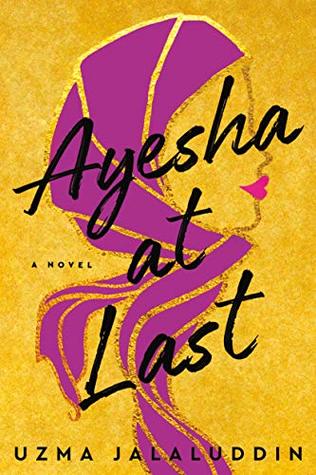 At Last,  borrows from Jane Austen’s Pride and Prejudice only to reconstruct the whole narrative around a conservative Muslim society. Ayesha and Khalid’s story mirrors the quintessential struggles of a modern generation trying to grapple with the norms set by their families. While he is wont to do everything his mother asks of him, Ayesha’s immediate family is much more supportive of and respectful towards her They make each other’s acquaintance much in the way of Mr. Darcy and Elizabeth Bennet – initial attractions buried by prejudice. But when a case of false identity gets out of hand, Ayesha and Khalid realize the cost of losing a loved one.

As consumers of mainstream media, we are fed a certain ideology about the nature of Islam as a religion. This novel undoes those trite notions by portraying characters who each practice a version of the religion that feels right to them. And in doing so, their identities stretch the boundaries of what is naturalized by media representation. Khalid’s disapproval of a young Muslim woman who frequents bars and performs stand up poetry only goes to show the indoctrination of regressive mindsets within a culture. On the other hand, Ayesha’s grandfather’s fondness for poetry and Shakespeare depict an intermingling of cultures that is frowned upon by orthodox communities.

The plot progresses in the usual way; the introduction of the characters is followed by minor conflicts. In an attempt to battle these minor conflicts, the main characters end up facing a major conflict. While I was constantly trying to draw parallels between this novel and P&P, it soon became apparent that Uzma Jalaluddin has tweaked quite a few details. And anyway, I realized that it’s best to enjoy reading Ayesha At Last as a solitary text without trying to form comparisons.

Khalid’s mother is a really infuriating character. And so is Hafsa. They’re utter disrespect for others, meddling behavior and lack of courtesy annoyed me to no end. In my opinion, Sheila is depicted as an emblem of bigotry. Through her, the author explores the themes of Islamophobia, workplace harassment and fraudulent behaviour. There are a fair share of stereotypes and clichés in the book, but they didn’t have so much emphasis as to become problematic.

I think this title is definitely worth a read! Especially if you are interested in novels composed of family drama.