Northanger Abbey reflects a time during which one’s place in society was affixed by power and wealth. Into such a society descends our protagonist, Catherine Morland, whose love for literature takes greater priority than most other occupation. Needless to say, Catherine’s hunger for thrill and adventure thrust her into experiences that no ordinary day in Fullerton would provide. From vacationing with the Allens in Bath to exploring Northanger Abbey with the Tilneys, Catherine swirls in company of the more elite kind. During one such outing, she happens to chance upon a gentleman called Henry Tilney with whom she connects rather quickly. His disappearance from Bath affects her and so when she makes the acquaintance of his sister, they become fast friends. Catherine’s conviction and easy manner play an important role in the friends she makes and loses throughout the novel. 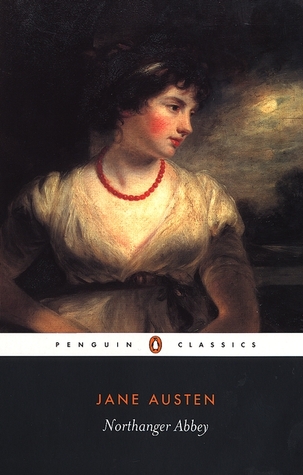 I have been in awe of Austen’s writing for as long as I can remember. Only recently did I acquire most of her books, with the plan to have read everything she has written by the end of 2016. Northanger Abbey is no exception to her prowess. Her power over the language is enlightening and commendable. Every chapter has taught me something new in terms of building my vocabulary. Moreover, her reflection of the Victorian society makes for the content of my dreams – women clad in corset gowns, dancing away to glory at balls, socializing and whiling away their time immersed in great literature. Catherine does just that. She is posited to be this Victorian women quite unlike the people of her time. Not all of her acquaintances or relations share her passion for reading or accept her brazen control over her own life matters. Unlike the archetypal Victorian woman, Catherine doesn’t submit to the wishes and dictates of others. She is seen to be a strong protagonist. who is loyal to her friends and is not gullible or easily intimidated by men. However, even though Austen highlights the flaws in a backward society, she also brings out the ill-effects of a certain kind of literature and the dire repercussions they have on one’s behavior and morality. Catherine, under the influence of gothic literature, misinterprets the actions of those around her. In those circumstances I found her to be a little too nosy and would have preferred that she mind her own business. But as she is wont to do, Catherine follows her heart – even if it lands her in some trouble. I did not like the Thorpes from the very beginning. Something about Isabella’s disposition was a little skewed. Her friendship with Catherine didn’t seem genuine by a long shot. She was rather imposing and asserted her “affection” for Catherine way too often in a loud manner. All in all, I really liked this book. Would have given it a five star rating if some parts of it weren’t as incomprehensible as they were. But that is perhaps because of my failure to grasp the nuances of English as used by older writers. The book still remains wonderful.