In Seahorse, Janice Pariat weaves a hauntingly captivating tale of a wandering soul looking to fill the 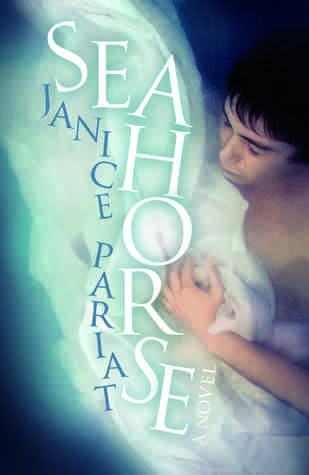 void left by unsatisfactory familial relations, newfound self perceptions and a lackluster lifestyle. Nehemiah is an English Major student of Delhi University whose grief upon the loss of a loved one is swept aside through his interactions with a professor from his college. Nicholas becomes more than just a confidante to Nem and so his sudden disappearance leaves Nem devastated. Years later, an anonymous message sends Nem on a frantic chase to look for Nicholas and seek answers to questions that have been brewing in his mind all along.

I picked this up for a book club and the synopsis was so intriguing I had no doubts about starting it as soon as I got it. This book is unique in the way it is formatted as well as the writing style. It has no chapters but is sectioned into three parts. The way the novel is phrased doesn’t give you a distinct beginning, middle and end. There are tons of flashbacks used; some so abruptly placed, it took me a while to realize that it was a scene from Nem’s past. Pariat’s writing style is fluid and mesmerizing. Lines and paragraphs felt like waves lapping over my mind, receding and leaving their essence behind. Nem’s story is a tad bit draggy and simplistic. It is not fast paced or thrilling and so I had to make an effort to keep reading. But every time I thought I should take a break, some metaphoric line or philosophical quote would pull me back in. The main USP of this book would probably be that it is a retelling of Poseidon and Pelops’ myth. However, I didn’t know the backstory so I had nothing to compare this retold version with. Themes of homosexuality, estrangement, death, betrayal are explored in this novel. While I didn’t feel compelled to read the book, there was so much intensity and content in it that I wanted to finish it. Many a times I sympathized with Nem for he appeared to be so lonely and needy. His family too seemed rigid and not very loving. I didn’t love the book, neither did I hate it. Nem’s story is far removed from such matters of fluctuating choices we readers make. There was something increasingly motionless about the story – like a still lake. If you are philosophical or like retellings, you should give Seahorse a try.