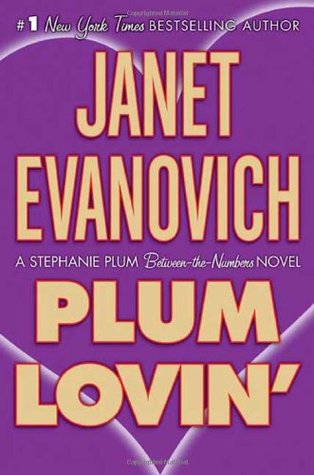 Plum Lovin is a short novel in the Stephanie Plum series by Janet Evanovich which is centered around Stephanie’s attempts to take over Annie Hart’s business as a relationship expert while Diesel protects Annie from an irrational goon with supernatural powers. Annie, wanted for murder, is on the run and staying out of the radar. Stephanie is under orders to capture her at all costs. Only Diesel knows where she is and he drags Stephanie into helping Annie with the promise that he’ll hand Annie over after everything has been sorted. So bounty hunter turned match maker, Stephanie wades through multiple relationship drama while dealing with her own problems, hoping to solve them all.

Not having read any Janet Evanovich book before, I didn’t know what to expect. This book seemed to be more of a romance genre than mystery/detective. It starts off with Stephanie talking about her boy problems and how she is confused or juggling between three men in her life. She has been assigned the task of capturing Annie Hart for murder but somehow gets sidetracked into managing Annie’s match maker job. A good majority of the novel is spent in finding ideal matches for Annie’s clients and Stephanie herself getting drawn in by Diesel’s charm and classy nature. We are made to believe that she is pushing him away but its clearly evident that she is somewhat besotted with him.

I didn’t like it much because a lot of it wasn’t believable. And I am not even referring to the supernatural powers that Diesel and other “unmentionables” have. The power to inflict a rash, while being extremely out of the box, is surely not worth the hype. The writing style is good and easy to process. I just wish there was more content and the characters were more grounded. I don’t think I will be reading any more books from this series cause I couldn’t connect with the protagonist in this one. I highly doubt I’ll be able to understand her antics in other books. If you are into books that are tethered to the love angles between most of the characters, then this one’s for you.