One of the most popular Gothic classics, Dr Jekyll & Mr. Hyde sets the mark for 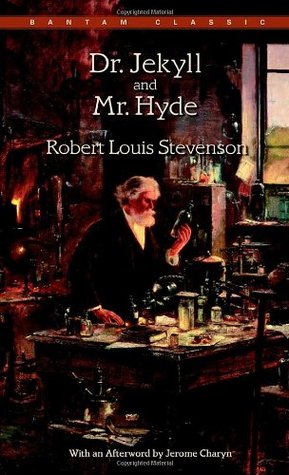 numerous psychological and literary studies. It is the story of a certain Mr. Hyde, cold and villainous who surfaces as a relative of the kind Dr. Jekyll, scientist extraordinaire.  When two old friends of Dr. Jekyll’s – Mr. Utterson and Dr. Lanyon – notice this absurd shift in the scientist’s demeanor, they take it upon themselves to solve the surrounding mystery about the newfound connection. Mr. Hyde’s appearance is marked by Dr. Jekyll’s tendency to become a recluse and maintain a distance from the public. This puzzling hide and seek of the two has Mr. Utterson completely befuddled. And what comes to his understanding makes the two friends wonder how Dr. Jekyll could have ventured into such uncharted territories.

A truly classic book, The Strange Case of Dr. Jekyll & Mr. Hyde maintains its air of suspense from the very beginning. The dark and chilling atmosphere of the plot is reflected in the clime of its setting. The plot is splendid and thrilling. I would have rated the book higher if some of the content was more decipherable. At some instances I couldn’t understand what was going on. As in the author’s writing style was a little overwhelming at times. Dr. Jekyll is portrayed to be the responsible, amiable and skillful individual whereas Mr. Hyde is the exact opposite. He has no remorse for his actions, is very antisocial and not kind. I was aware that the book had something to do with split personalities but fortunately I hadn’t been spoiled with the details and so the climax did come off as a shock to me. I felt that while it was representative of the dual nature of man, this form of escapism was totally unnecessary. I understand that Dr. Jekyll, tired of always being the good guy, wanted to explore the other side for a change. But he didn’t have to invest in such a risky endeavor because that is playing with one’s life and not appreciating it as much as he ought. We all at times reach a point where our personalities change due to circumstances but I don’t believe that such a drastic change is needed to balance out the good and the bad within us. A must read classic of the epistolary kind, this book envelopes you with its stunningly eerie tone and ending.