I received a copy of this book from Bloomsbury India in exchange for a review. 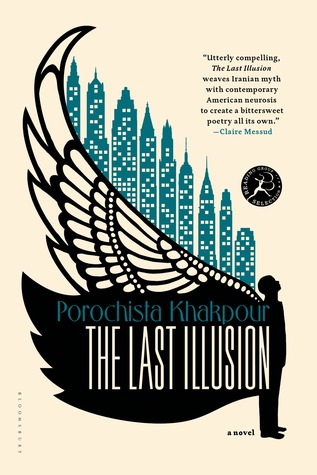 Zal Hendricks has a story to tell. One which could possible make or break his attempt at normalcy. He knew no childhood like most did and grew up amongst birds. His mother, Khanoom, horrified by the birth of a fair, white haired boy in a pure Iranian family casts him aside. Having known no love or kindness, Zal finds human relations to be foreign and unfamiliar. Despite the affection and extremely understanding nature of his adoptive father, Zal’s behavior is subject to change with fits of frustration causing a divide between the two.
Gradually as time passes, he gets more comfortable with being human to the extent that he becomes intimate with a women, Asiya, who unhesitatingly understands his plight and reciprocates his feelings. But something is different about Asiya, her panic attacks and premonitions bother Zal and drive him away. The Last Illusion is a story of Zal as he tries to overcome every obstacle in his way.

The synopsis of this novel, its cover and the title were extremely intriguing to me. However the first time I tried reading it, I couldn’t get past twenty pages. Months later I gave it another try and managed to finish it. But just that. While the author’s writing style is very easy to get into, most of the plot seemed lost on me. I didn’t understand Bran Silber’s role in Zal’s life or even what the illusion had to do with Zal. I admit that he grew up amongst birds and so his psychology would naturally be different than others, but Zal would often turn to his relations (his father, Silber, Asiya) only to get frustrated and push them away again. There was almost nothing motivating me to read the book and it was a struggle. I kept expecting to find a coherent link between the illusion, the unfortunate event of 9/11 and Zal but couldn’t. Maybe it’s just me, but I feel like I didn’t get much out of this novel. A mysterious element was present after the introduction of Asiya and her clairvoyant abilities, but that too fell flat. I didn’t much enjoy this book and I wish that there would’ve been more clarity in what the author was trying to convey.