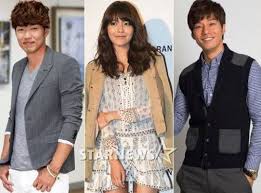 Seo Byung Hoon is a producer, who in an attempt to save his bestfriend’s theatre from being taken over by mortgage, starts a dating agency called Cyrano to repay the debt. He works with two others – Moo Jin and Ah Rang to pair up people; creating fake scenarios with the intent to bring out their inherent goodness. The clients who approach them are individuals smitten by someone who doesn’t reciprocate their affection. And this significant other becomes their target. During one such mission, the group crosses paths with the spunky female protagonist Min Young who works for another such dating agency. And their mission ends up ruining what Min Young had planned for her client. 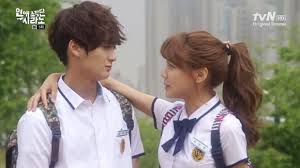 At first she is furious but soon learns that their technique fits her fancy better than her current job and so she gets employed with them. Now this team of four brushes through missions swiftly and successfully. In between all that Min Young begins to like Byung Hoon who has eyes only for his high school crush (also his dead bestfriends meant-to-be wife). While Seung Pyo who owns the restaurant adjoining the agency befriends Min Young and falls for her. He seems to be hiding something that has a lot to do with Byung Hoon’s past and adds the mystery to the drama. With their good intentions, Cyrano Agency never thought that people were out to get them. But their efforts are overlooked when an unknown person kidnaps one of them in order to bring the agency to the ground.

This is my new favourite drama as of now! I don’t usually watch a lot of cheesy 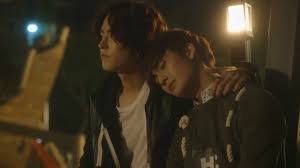 romance kind of shows so I never thought I’d love it so much. I don’t know why its so unheard of. It deserves a lot more hype and is one of those underrated dramas that only few know about. The casting was amazing – all people I’ve unheard of but will be looking forward to each of them in new dramas. Lee Chun Hee who plays Master a.k.a Seung Pyo was my favourite. He would make a really good lead actor in a show. Initially I thought the concept of a dating agency was so corny and that it would be one of those shows I’d give a 6/10 but it picked up pace and I liked everything about it. Byung Hoon is a very guarded character who doesn’t open up about his feelings to anyone. He tries to push aside his worries about Min Young and focus on the task at hand. They fight and argue so much its actually funny! Not to mention that Min Young is a very chirpy yet ballsy female who doesn’t like to take no for an answer. She persists and persists to the very end. The drama is not only about their clients but also how each of them grow and mature through each mission, learning more about themselves than they would’ve otherwise. Some of the missions involve their own emotional attachment for various reasons. Moo Jin is the silent and intelligent one who helps out with all technological aspects of the mission whereas Ah Rang is very happy-go-lucky like Min Young. There’s quite a bit of mafia action in the drama too. You might think that the show is just about their various projects/missions but its a lot more than that. Totally worth the time! I spent two and half days continuously watching it, which says something cause I don’t normally do that. Two thumbs up and just like like like. Do give it a try. 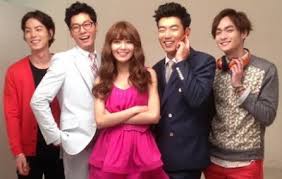 *All images courtesy of Google.