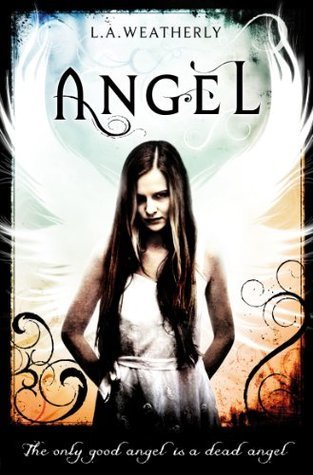 Willow Fields has been “different” all her life. She has even acknowledged the fact that her psychic abilities make her out to be queer and hence a social pariah. But not fitting in has never bothered her as much as the strange vision she gets upon giving Beth a reading. It was a fluke really. Beth, who doesn’t believe in such things, happened to approach Willow. Much to her surprise, she sees an angel devouring on Beth’s aura. Despite everything going on with her, Willow at first, finds it difficult to believe that angels could be as real as she is. But later on, when a certain angel comes knocking on her door, she is forced to come to terms with a truth that she was oblivious to. Suddenly all alone, this knowledge haunts her to no avail. But Alex, an Angel Killer swoops in to save her day. An escapade with him brings her closer to understanding those around her and she learns that the fate of humanity lingers in both of their hands.

After having read the Fever series by Karen Marie Moning, my expectations from an angel/fae book has catapulted. And so I hoped this one wouldn’t ruin angel books for me. Initially, I almost dropped the book twice. It was a painstaking attempt to carry on and I wasn’t sure if I wanted to spend that much time on a book that would probably end up disappointing me. The reviews on Goodreads were sort of average which made me reconsider abandoning it. And also the other two books in the trilogy had high ratings. It did get better gradually, after first 4-5 chapters or so. I really liked Willow’s character. She is strong and undeterred by others opinion of her. She is good with cars and a selfless person. What finally worked for me, in this book, was angel politics and boot camps. Apparently not all angels think of humans as food. Then there are badass Angel Killers who train together and set out on missions to kill angels. Willow and her mom live with her aunt in Pawntucket. And that’s where she first encounters Alex. I want so much to believe that Alex would be like one of those bad boy characters that the main female falls for. But he’s too sweet from the beginning. Especially being an AK, you’d think that he’d be more skeptic and guarded. But not so around Willow. One thing I found a little troublesome was how quickly their relationship escalated. It was difficult to believe and a little on the corny, cheesy side. I think the second book will add on a lot to the trilogy that will make it a worthwhile investment.