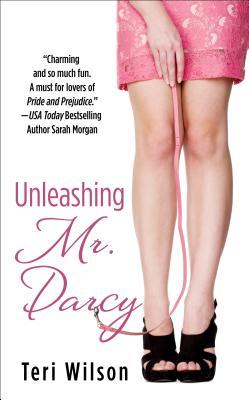 I received a paperback copy of this book from Harlequin India for review. Thank You!

Teri Wilson brings to life, another rendition of a Pride and Prejudice-ish story of two fated lovers. Elizabeth Scott, an easy going school teacher is torn apart by the scheming and manipulation of an upper class family when her righteousness strikes them down. A break away from the chaos back home sends her holidaying with good friends, Sue and Alan Barrow. In an attempt to forget everything, Elizabeth devotes her time and efforts into being a dog nanny for the Barrows. Priming the many cavaliers and terriers into perfection, Elizabeth happens to meet Donovan Darcy. A member of the elite class himself, Donovon has been a reputed personnel in the dog show business for long. The moment they set eyes on each other is when all the fun begins. Donovon reminds Elizabeth of all that went wrong in her past but to Donovan, she is much more alluring than any woman he’s ever met. And so begins a jolly tale of two, written in the stars.

Simply putting it, this book is Pride & Prejudice with the fun element of dog shows. The aspect of bringing pets into the plot totally surprised me and was rather enjoyable, considering the fact that I am not much fond of dogs. There wasn’t a time I wanted to drop the book cause everything was just in place. The characters are all extremely lovable, especially the Barrows who treat Elizabeth like one of their own. Henry who is Donovan’s good friend is the one who sweeps Elizabeth’s sister off her feet. Their romance was a hit from the start. Which I found to be a plus point cause many a times they acted like the mediating agent when something went wrong between the two protagonists. Elizabeth appears to be quite guarded about her past and doesn’t take it in the positive stride like I hoped she would. Nevertheless, the London air does her a lot of good. I think she fit in a well as a Londoner than a New Yorker. Donovan is ever the gentleman. Also there is great deal to learn about dog breeds and that aspect isn’t at all monotonous. It was really really cute – the dogs, the characters, the book, the whole package. A very light, enjoyable read for romance lovers and well otherwise too!