I received an ebook from the author to be read and reviewed honestly. Couldn’t be more glad I grabbed this opportunity. 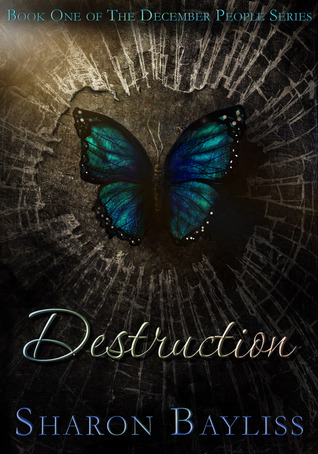 Evil is a choice. Or is it not?

David Vandergraff, father of five teenage children, is a firm non believer of all things unexplainable. So when his daughter, Evangeline declares herself a witch and her brother, Xavier, a wizard, David plays along so as to not offend his children. He consoles himself with the thought that such fantasies are spun as a coping mechanism that help his two children (from an extramarital affair) – Evangeline & Xavier – deal with their traumatic past. But soon he learns that keeping secrets is a ‘family’ thing. His wife too has some secrets of her own. Much to his shock, he learns from her that everyone in their family are dark wizards. And being a dark wizard isn’t a choice. According to her, every magic you perform has a greater possibility of causing destruction than doing good. Then how is he to be alright, with that part of him, he never knew existed?

Gradually he begins to pinpoint magical incidents that he had earlier brushed off as being bizarre. Banning all magic in the household leads to greater disasters than he had ever thought possible in a house full of rebelling teenagers. The real question is will he settle into this world of wizardry fast enough to prevent further harm to his family?

Initially it was a simple story of a man who had cheated on his wife and his feelings when he finds out the whereabouts of his two children from the affair. It was an ordinary story nothing captivating. But the synopsis was what kept me going. Somewhere or the other the magical elements would  have to pop out of the story. And so they did. But even till then I didn’t find it boring at any point. The fine line between good and bad magic is sort of blurred in the story. There is heavy emphasis on dark wizards because for one the protagonist’s whole family is a bunch of dark wizards. And secondly even some of the good wizards’ spells tend to go awry causing problems for other characters. It is not just about David trying to absorb news of his inborn power but there are several suspense elements in the story. I think this novel can be read as a standalone because the ending doesn’t hint at a second book. I really really liked Evangeline’s character. She is an adorable twelve year old and very brave for someone who has suffered abuse at such a young age.
I like stories about big families and so this one was perfect in that way. We get to know quite a lot about each character from what goes on. It was a fun, light read without much intensity that you’d expect in a fantasy novel.