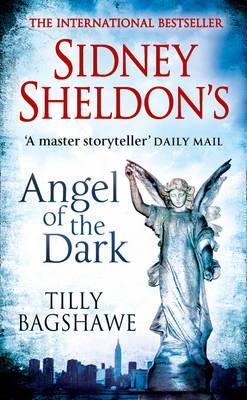 Detective Danny McGuire had barely moved on from the horrifying murder case that left Angela Jakes a brutally raped widow, when a series of similar killings begin to crop up over the span of a few years in different parts of the world. Surely it is a coincidence?   Or so he preferred to think.
Matt Daley, a writer, is out to unearth the details of his father’s (Andrew Jakes’) death. He is certain that looking into the murders is a way to go about it and so he approaches Danny McGuire seeking help. For better or for worse, the detective is persuaded to look into the murders to ensure they aren’t the works of a psychopath serial killer. The path to discovery is riddled with twists and turns, each of which leaves Matt and Danny bewildered at the enormity of the crimes so matter-of-factly committed. Together with the help of police forces from various countries, Danny McGuire delves deeper into the case, code named Azrael, i.e. Angel of Death.

Angel of the Dark is so far one of the few complicated stories I have ever read. It is divided into four parts for convenience in reading and comprehending and yet it takes a lot out of the reader to fully wrap their minds around what is going on. The book pursues the story of multiple characters, all interconnected in a way. Regardless of the fact that at times it is a little mind boggling to keep up with the story of each character, you will be hooked onto this fast paced thriller from the very beginning. It is a haunting narrative with a dash of romance. We are introduced to the world of police and how a crime investigation is carried out.  The plot revolves around the actions of a vengeance seeking individual. It makes us realize the extent to which betrayal and estrangement impact the lives of people. Some characters lose their sense of reasoning as the story progresses. As a reader you want a happy ending and gradually it does get more peaceful and matters are smoothed over but you know what the saying is about still waters being more dangerous. Like any exceptional thriller book, even the ending is a big question mark. The sole fact that not every question is answered would probably not sit well with some people. But I feel that is the true essence of a mystery. You can find the answer to the bigger more important question but little details that are left out have a lasting impact on our minds. At the end of the book, you feel like the calm after a storm. To say that the characters were reasonably sketched would be putting it in the best possible way. There were a lot of sexist notions and references such as the opinions and behaviors of some male characters towards their female counterparts. Nevertheless they did help push the story forward.  In a word I’d sum up this book as being ‘marvelous’. A must read for all diehard fans of the suspense genre.