Success is gained by those with a desire to achieve and the will to work for it. Incompetence is a derogatory and invalid term. There’s no such thing as being ill-fit or unsuitable for a job. If you are passionate enough, you can aim for the sky. But where interest is lacked and there’s no determination to push you ahead, one might often lag behind in tasks. People usually don’t conform well to compulsion. So a harsh and forceful attitude helps in no positive way. It wont get you anywhere. If there’s some work you need to get done, I think patience, a kind nature and some encouragement will be more fruitful. 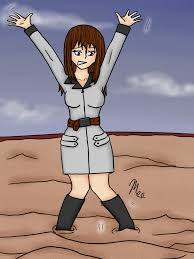 do is not right. It wouldn’t hurt to stop and think how they may be feeling. I have often seen this happen in schools. Where certain teachers have formed an adamant opinion about a particular student(s) and no matter what that disparaged student tries, its always futile. Cause in the eyes of this teacher, he/she is always a down-grader (a.k.a “a good for nothing”).  Partiality has been a recurring aspect of my school life. Whether I’ve been a victim of such an unjust act or my friends or fellow classmates. It is detestable and a truly horrible thing to experience. Sometimes people don’t receive the adequate encouragement needed to reach out for the stars and so they settle for something less, accepting their misfortune and dwelling in them.

As an onlooker, its upto us to change things. Help out and don’t let others be victimised. Spare a second or two and be understanding. If somebody is not able to understand (something), then put it forth in an easier way. You know, if it was you, you’d want the same.

“Let Kindly Light” – that was the motto of my previous school and it is one of my most favourite quotes. 🙂