Hey everyone! Hope everything is going good for you all 🙂
So, recently I met up with my darling 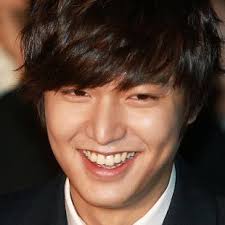 sister and she very enthusiastically recommended some Korean dramas. At first I wasn’t very sure about the whole “having to read subtitles and watch the show at the same time” but all doubts evaporated when she showed me a picture of Lee Min Ho. Good heavens! That perfect smile must be tugging at millions of heart strings worldwide. How had I not heard about this before?! :O

Out of all the dramas she suggested, one of them – City Hunter – stood out the most. So yeah, I went ahead and gave it a try. Boy, was I glad or what! The fact that the my first attempt at Korean drama turned out so good, I have decided to watch some others also…
Anyway moving on to the City Hunter review…

I have decided to do  reviews (for Korean dramas) after I watch the complete season and not an episode-wise review. I feel there are loads of  twists and surprise elements in each episode. And I don’t want to write all that to spoil it for those who stumble upon this post accidentally.

City Hunter is a show about Lee Yoon Seong, an MIT graduate who disguises himself as a Professor and comes to South Korea to unleash vengeance on those who were involved in murdering his father. All his life he has been trained hard and fast (by Lee Jin Pyo) to defeat anyone who crosses his path. Giving up was never an option.Nor was falling in love or succumbing to feeble human emotions. His father, Park Mu Yeol and Lee Jin Pyo were good friends as well as comrades who were part of the presidential bodyguard.On a mission they were betrayed by their own countrymen.

Yoon Seaon makes it his life goal to destroy the people who caused his father’s death. Separated from his mother and with no blood relatives, he yearns for love and acceptance. He tries his best to please Jin Pyo and longs to see even a tiny flicker of pride in his eyes for Yoon Seong. Upon arriving in South Korea, he gets straight down to business. Throwing money to get his work done, he has built up a rich-kid image in the eyes of his colleagues. One step at a time and with great perseverance, he brings down everyone who proves to be an obstacle in his path. Then we have Kim Na Na, a bodyguard and his judo instructor. Even though at first they get off on the wrong foot, its inevitable that this star couple were always meant to be together. There’s something about Kim Na Na’s solemn and innocent face that keeps Yoon Seong want to ward off any trouble and stand protective. As time passes he gets drawn to her but his goals prevent him from being open with her. Stolen glances, silent exchanges are all they can afford for the time being. I really like Kim Na Na’s character. Its well drawn out and Park Min Young plays it perfectly, right down to that sweet smile which hides all her worries and troubles.I really liked her acting

Now enter Prosecutor Kim Yeong Ju who plays a vital role in this revenge. As

a prosecutor he strives hard to catch the corrupted politicians before City Hunter (an alias given by the public to Lee Yoon Seong). But unfortunately he falls short and is always a step behind the mastermind, Yoon Seong. His will and determination to serve Korea justly is commendable. After a  couple of episodes we see a sort of bond forming between Kim Yeong Ju and Kim Na Na. She is very comfortable around him and they share a very amiable relation. This  ofcourse agitates Yoon Seong to no end. We can practically see fumes coming off him when the prosecutor and Na Na are talking. 😀
Love triangle or what – watch the show to find out! 😛

Another character is Jin Sae Hee, who is a vet and Kim Yeong Ju’s ex-wife. She is played by Hwang Sun Hee, another beauty. She is like an elder sister to Kim Na Na and is very helpful. Throughout the season she shares a cordial relation with Kim Yeong Ju despite their divorce. It gives you hope again and I kept on wishing that they would mend their broken relation. 1 thing I so so so so badly wanted to see/ wished was that they would focus more on Kim Yeong Ju and Jin Sae Hee. Though they were part of the main cast, I feel they didn’t receive as much attention as they should have.

Anyway, all in all, its a very enticing, revenge-scheming, thriller with a dash of romance. And if I haven’t mentioned clearly – I LOVE LEE MIN HO! 😀