Most of us have that one friend who seems to get along well with everybody. What is it about these people that makes them so likeable? It could be anything ranging from their looks to the way they behave around people or perhaps even tiny details like a warm smile and a strong sense of confidence. But is that all it takes to have loads of friends? Or is there some magical ingredient in their popularity potion?

One such social bird, became a part of my life a year ago. She would flounce in and out of classrooms, greeting people with a bright smile or a hug. And everywhere she went, people would reciprocate with so much love that you’d think she could never truly feel alone. She had the ability to light up a dull scene and make it look like everybody was at a party rather than in school. She would see me sitting in class, doing nothing in particular and drag me out.

Being an introvert, I would sit with the only couple of friends that I had. Too hesitant to approach new people and introduce myself. Like many of us introverts, I wasn’t too fond of crowds so naturally I had glossophobia. But gradually things started to change. Her confidence and guts inspired me to come out of the shell. I don’t know what made it so tempting. But suddenly I was ready to get out there and meet as many new people as possible. I knew the difference between being popular and having a lot of friends. What she had achieved was popularity, the kind where everybody in school is talking about you and knows you.What I wanted, was more than just a couple of friends I could rely on. I didn’t expect to be liked by everyone, I just wanted to be able to talk to people when in need and not be by myself all the time. Soon I found out, it wasn’t that difficult to make some new friends. All I had to do was TAKE INITIATIVE. Smile at somebody as they passed by in the corridor, walk over and introduce myself, ask basic questions and keep up the conversation. At first, crawling back to my class seemed like a better idea (nothing is easy in the beginning, it just takes some time getting used to) but after a few attempts, it definitely got easier.

Now I can walk upto people and strike up a conversation without thinking a million times. I am not claiming to be the most social person on this planet. Even now, at times, I have my doubts. I am still not completely over my shyness especially with certain people in school. It probably is fear of rejection that’s making me maintain distance. I don’t know if  I’ll ever be comfortable approaching these people, cause sometimes you know (its a gut feeling) that they are never going to accept you for who you are.  So yes, I still have minor problems but I am working on it. 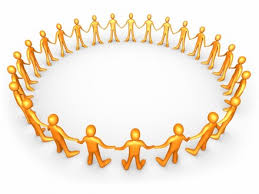 3 thoughts on “Influenced by the Social Bird”